Bella Thorne Is Engaged to Benjamin Mascolo: ‘She Said YES’

Lights, camera, engagement! Bella Thorne revealed on Sunday (March 21) that she’s engaged to boyfriend and co-star Benjamin Mascolo. She shared the news in a series of Instagram stories that kicked off with a “How it started” photo of the Italian singer, followed by a photo of the couple showing off the singer-actress’ engagement ring.

Over on his own Instagram, Mascolo — who revealed their happy news on March 20 — shared a mini gallery of the couple showing off her sparkly new pear-cut diamond and kissing, captioning it, “She said YES.” He also posted a video in his Instagram Stories of the “Watch Me” singer reacting shortly after his proposal.

“Thank you for being amazing, baby. I love you so much,” he says in the clip as the actress giggles emotionally while showing off her ring. “Now we’re getting married! Soon, hopefully! Celebration in Italy and America both.”

In a subsequent Instagram Story, Mascolo revealed that he popped the question while working on their upcoming film Time Is Up. “I wrote the love letter on the back of the script of our movie,” he explained in white text written on a black background. “At the end of the last scene, she was at monitor watching with the director and.. surprise.”

The next Story was a page from the script, the the imprint of his writing clearly visible through the sheet of paper. He captioned the image: “The back of the letter.”

According to reports, the two have been dating for nearly two years.

The actress, who revealed on Good Morning America in July 2019 that she is pansexual, split from Tana Mongeau and Mod Sun earlier that same year.

March 14: Out in Hollywood 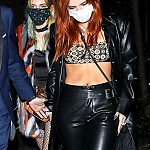 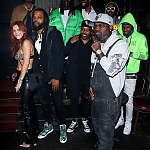 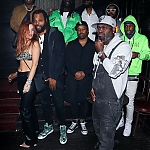 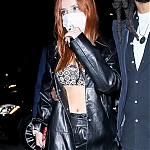 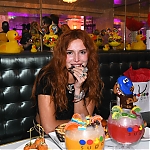 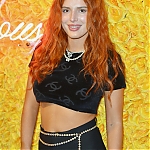 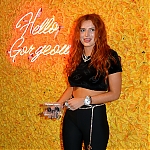 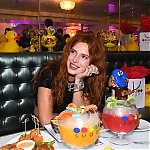 EXCLUSIVE: Shout! Studios has acquired Masquerade, a thriller written and directed by Shane Dax Taylor and starring Bella Thorne. The deal struck with XYZ Films is for North American, UK and Ireland rights, and the pic will now get a day-and-day release in the U.S later this year. Bleiberg Entertainment is handling international sales.

The film follows 11-year-old Casey (Alyvia Lind), who must survive the night after a group of intruders, led by Rose (Thorne), break into her family’s home to steal their priceless artwork. The stakes are high as the crew will stop at nothing to get what they want until a shocking twist ending. Skyler Samuels, Mircea Monroe and Austin Nichols also star.

The film is a production of Racer Entertainment and a Shane Dax Taylor Film in association with XYZ Films.

“With Masquerade, Shane Dax Taylor pulls off a dazzling cinematic sleight of hand that caps this tense, taut thriller,” said Jordan Fields, Shout!’s VP Acquisitions. “The cast, led by a dynamic and brooding Bella Thorne, is highly effective in Taylor’s dark tale of truth and consequences.”

Most recently, Voltage Pictures launched global sales at the European Film Market on the Thorne-starring teen romance Time Is Up, which also stars Italian popstar Benjamin Mascolo. It is now in postproduction. 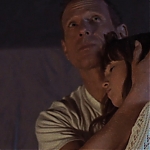 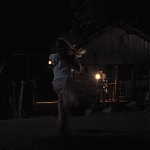 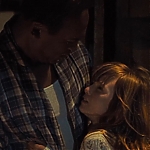 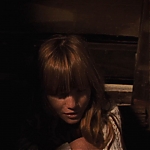