Hello. Bella released a new music video for her new song ‘Lonely’. Check it out!

No comments
by karina
News

EXCLUSIVE: Bella Thorne and Benjamin Mascolo will star in Time Is Up. Elisa Amoruso will direct the pic and also co-wrote the script with Lorenzo Ura and Patrizia Fiorellini.

The movie follows two high school seniors ‘Vivien’ (Thorne) and Roy (Mascolo) who at first glance appear to have starkly different personalities. Vivien is a highly accomplished student, with a passion for physics and keen to get into a prestigious American university. She seems to live her own life as a mathematical formula that drives her to look at her own happiness as something to be postponed into the future. Roy, on the other hand, is a troubled and problematic young man who, due to a trauma suffered as a child, sees his desires continually hindered by a past that seems to constantly haunt him. However, mathematics too has its variables and, as always happens, life manages to weave events together in increasingly surprising and unexpected ways. Indeed, an accident will force our protagonists to come to a stop and reclaim their lives, one minute at the time, and finally start living in a present that perhaps will prove to be more exciting than any predefined.

Marco Belardi will produce with Lotus Production a Leone Film Group Company Rai Cinema. The film will shoot on location in Rome, Italy and the USA.

Most recently, Thorne starred in the hit indie post Covid theatrical release, Infamous that opened as the #1 theatrical release in June 2020. She can next be seen in lead roles in the indie features, Girl and Chick Fight that are both opening next month.

Mascolo is a multi-platinum musician and the movie marks his acting debut.

Bella turns 23 today and we want to wish her the best of birthdays! We wish happiness, health, love! 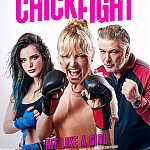 The first rule of Chick Fight is, well… No one actually said not to talk about Chick Fight.

The upcoming comedy stars Malin Akerman as down-on-her-luck Anna Wyncomb, who finds herself facing evicted as her business flounders. In order to turn her life around, Anna’s friend (Dulcé Sloan) introduces her to an underground, all-female fight club.

“It’s time for you to come face to face with who you are and what you’re capable of,” Sloan’s Charleen tells Anna, dubbing the fight club a “safe haven for women to come without societal judgment.”

Not all of the fighters see it with that same sense of kumbaya, though: Enter Bella Thorne’s Olivia, a “real fighter” who cements herself as Anna’s Gen Z nemesis. So, Anna enlists the help of a washed-up coach (played by Alec Baldwin) to help her tap into her inner Tyler Durden. Kevin Connolly, Dominique Jackson and Fortune Feimster co-star.

“Chick Fight is so special to me because of all the talented friends I got to make it with,” Akerman tells ET. “It’s fun, it’s exciting and it’s full of badass women! We as women are constantly digging deep within ourselves to find our inner strength, and Chick Fight is the story of what happens when you push yourself out of your comfort zone.”

Chick Fight is in theaters and on demand Nov. 13.

© 2019-2021 | Adoring Bella Thorne / Theme by Sin21 / Back to top / Homepage
Adoring Bella Thorne is a non-profit site that is no way affiliated with Bella herself, her management, friends or family members. All images, video footage and other media are copyright to their respective owners, no copyright infringement is intended. This is merely a fan site run by a fan.